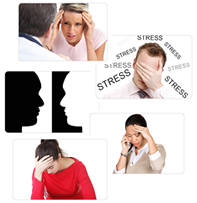 Schizophrenia is a mental illness which can develop slowly and include symptoms such as hallucinations (such as hearing voices), delusions and muddled thinking. A person may stop living their normal life, withdraw from people and lose interest in things. It is relatively uncommon for sufferers to become violent and lose control.

What exactly is schizophrenia?

Schizophrenia is disorder of the mind the causation of which is not entirely clear. The manifestations usually being, a breakdown of thought processes and an alteration in how the sufferer feels and behaves. When unwell, it can make it difficult for the sufferer to differentiate between real and unreal referred to as delusions. One could hear and see things that don't actually exist and believe that others are plotting to harm them or are watching them. It affects the way a person acts, thinks and relates to others and can ultimately lead to great confusion and withdrawal from the outside world.

Most cases of schizophrenia appear in their late teens or early adulthood but it can also appear for the first time in middle age or even later. In rare cases, schizophrenia can even affect young children and adolescents.

What are the early warning signs of schizophrenia?

Schizophrenia can appear suddenly without warning but it's usually a gradual process. In the early phases, individuals developing schizophrenia may appear as being eccentric, unmotivated and withdrawn. They may isolate themselves, start neglecting their appearance, say peculiar things, behave inappropriately, become suspicious and hostile and show a general indifference to life. They may also become forgetful, appear depressed and sleep badly.

What are the symptoms of schizophrenia?

Symptoms of schizophrenia are usually classified as either positive or negative. Positive symptoms refer to symptoms such as hallucinations ( hearing voices), delusions (beliefs which most people know to be wrong) confused thinking and beliefs such as being controlled and persecuted. Negative symptoms include loss of interest in life, social withdrawal, poor self care and may over a period of time lead to a loss of social skills. It may sometimes simply appear as if the individual is being lazy and in such households the condition can go unattended for a period of time.

What treatments are there for schizophrenia?

Drugs used to treat Schizophrenia are called neuroleptics. They can slowly reduce symptoms, and help return to degree of normality. The older medicines used to cause side-effects such as mild shaking, muscle stiffness and restlessness normally managed with additional medications. Newer neuroleptics can cause the side-effects of weight-gain and high blood pressure. Finding the right medication can sometimes be a challenge and one may have to be tried on alternative treatments to obtain maximum response.

In addition to taking medication, talking therapy can be very helpful. Cognitive Behavioural Therapy (CBT), for example, can help you to view things differently and help control symptoms such as hallucinations and delusions.â¨

This provides people with schizophrenia a safe context to listen to others with the same condition and a receptive audience to be heard. This can facilitate self-revelation and sincere communication and help people with schizophrenia to acquire a more realistic vision of themselves and become aware of their own problems within a safe environment. The psychological interventions offered also help to motivate patients and progress the management of their condition and alleviate symptoms.

Hospitalization can become necessary especially in the acute phase when the sufferer is extremely distressed secondary to his/her symptoms or in instances when the illness is causing risk to self or to others. Treatment in hospital with the benefit of nursing supervision usually results in swift recovery with follow-on treatment provided for on an out-patient basis.

This option can be of benefit to individuals who are vulnerable secondary to their symptoms such that spending best part of the day in a caring environment together with the support and treatment offered within the group setting can aid the recovery process. In such programmes the psychological interventions provide support towards enhancing motivation and psycho education for symptom alleviation.

For more information contact me on Tel No: 020 7535 7702 Or Email: info@privatepsychiatristpractice.co.uk

Half the battle with such illnesses are trust in your consultant and the treatment plan he is giving you.That is why with Dr Gupta's help I have been pointed in the right direction towards recovery... Read More

The contents on this site is for information only, and is not meant to substitute the advice of your own physician
or other medical professional.